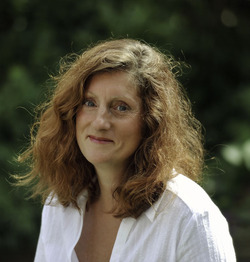 You can read an interview with Patsy here.

Her stories are published on the Alfie dog website and her author profile is here.  Her stories also regularly appear in magazines such as Woman's Weekly, Take a Break Fiction Feast and The Weekly News. 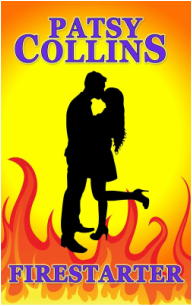 Firesterter
Alice has a fantasy. It starts with being rescued by a hunky fireman, involves the kiss of life and ends in him not needing his uniform. At the New Forest Show, Alice is offered an innocent version of her dream. Reluctantly she turns down fireman Hamish's invitation.


Is Alice really in danger? What is Kate up to? Can Hamish possibly be as perfect as he seems? It takes Alice masses of wonderful food, disgusting wine, smelly mud, red footed crows and steamy Welsh passion, but she finds the answers. And rethinks her fantasy. 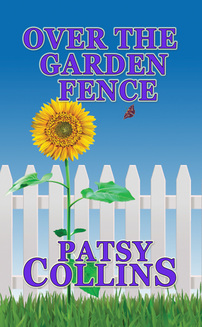 Over the Garden Fence

A Collection of 24 short stories with a garden theme.

Sue fills a room with white carnations to celebrate her twenty-first wedding anniversary. Yvonne looks forward to the garden party and gets hot and bothered by charming Dr Mathews' bedside manner. Maria dreads Valentine's day with all those red roses to remind her of past hurts.

Maddie longs to visit her brother's wonderful English garden. Dare she go? Luisha Summer was once Lucy Winterbottom, almost everything about her has changed. Does she still love flowers and remember those who aided her success? Old Myrtle promises the kids a trick along with their treats, but they're too greedy to hear the warning.

Adam has the chance to help his hero, PC Mark, and prove himself a worthy deputy if he can only discover who's responsible for stealing a prize-winning marrow and three old roller skates. Will the mystery caller persuade Beverley to make time to smell the flowers? Gran's forget-me-not brooch will lead Mazie to true love... eventually.

Gardens, plants and people all have their stories. Lean over my garden fence and I'll tell you a few. 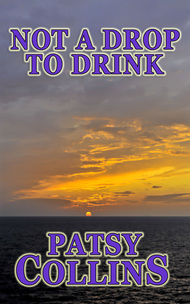 Not a Drop to Drink
A collection of short stories with a liquid theme.

Scientists say the human body is around 70% water. We know that's not true.

Oh, we could drink 'straight' H20, but usually we don't. More likely it's vitamin rich juice or teeth rotting cola. We like a nice cup of tea to calm us down or cheer us up. Perhaps a nice glass of wine to celebrate or drown our sorrows. Two glasses. Too many glasses.

Our bodies do contain liquid of course. Never just water. What's in yours; acid and bile or the milk of human kindness? Blood, sweat and tears of joy or sorrow?

It's these waters Patsy hopes you'll find running through her stories.

You can download it FREE from Alfie Dog and Smashwords. It's also available from Amazon 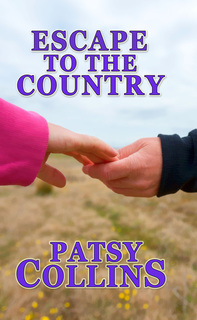 Escape to the country

Leah is accused of a crime she didn't commit. Dumped by Adam, the man she planned to marry, she escapes to Aunt Jayne's smallholding in the Kent village of Winkleigh Marsh. Heartbroken and homeless, she strives to clear her name and deal with her emotions.

Jayne treats Leah's unhappiness with herbal remedies, cowslip wine and common sense in equal measure. In return Leah works hard for the delicious home-cooked meals they share. She wrestles with sheep, breaks nails and gets stuck in the mud - learning as much about herself as she does about farming.

Soon Leah is happy milking cows, mucking out pigs and falling halfway in love with Duncan, a dishy tractor driver. Back in London, steps are being taken to investigate what's happened to the missing money. It looks as though the real embezzler must soon be unmasked and Leah will have to chose between resuming her old life or starting a new one.

That's when her problems really start. 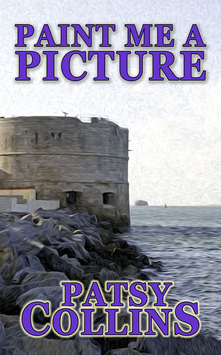 Paint Me a Picture


Mavis Forthright carefully rehearses her jump from Portsmouth's Round Tower. She's existed for over five decades. Lived hardly at all. Will end her misery with a few second's fall into the cold sea. Except she's not quite ready to die. A half day's delay to try a bacon sandwich from the cafe won't matter. Mother's no longer there to disapprove.

She delays another day to lend Janice a book. Then a week to use her new paints. A month. Until the end of term. Mavis makes new plans; to create paintings full of emotion, to live, perhaps even make friends.

As if to balance her survival a number of people connected to Mavis die. At first that doesn't matter. They're people she dislikes. Mavis continues painting, tending her garden, feeding the birds and keeping her home properly clean, without additional concern. Then people who've been kind to Mavis are killed or injured. That shouldn't happen.

Why are people dying? Is it because of charming Norman who's back from her past, or is that strange boy Jake her mistaken guardian angel? Perhaps Mavis herself is to blame. She must learn the truth, stop the deaths and protect those she's learned to care about before she can enjoy the new life she's making for herself. 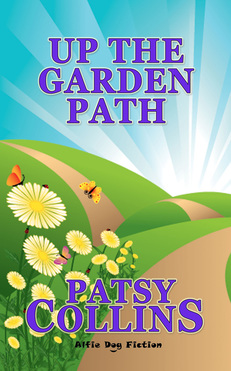 Up the Garden Path

A Collection of 24 short stories with a garden theme.

Eleanor has a traditional garden her grandchildren will love; won't they? Mrs Dalrymple's country home seems the perfect refuge for Daryl and there's no reason Emma can't call the big house home, is there?

Homes and gardens aren't always peaceful havens though. Ted's tranquility is under threat from a BBQ for teenage twins, Penny the Jack Russell is called upon to protect her mistress from a terrifying intruder, avoiding Frances's annoying neighbour was almost the death of her and Rachel can't bring herself to step out the back door.

A walk in the countryside might be less traumatic, unless your beloved tree has been damaged as badly as your heart or Mrs Bishop is lurking to find fault with all you do. Even the simple act of arranging flowers causes problems if your boss is as mean as Brenda's.

Valerie managed to dig herself out of depression on her allotment but Sally was faced with the perils of half an hour in the potting shed with the attractive yet infuriating Jim.

Gardens, plants and people all have their story. Let me lead you up the garden path and tell you a few. 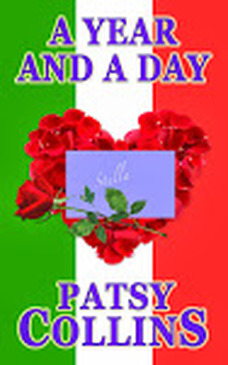 A Year and a Day

Stella knows visiting a fortune teller is a stupid idea. It's just one more daft thing her best friend Daphne persuades her into. Orphaned Stella doesn't believe a word of the fortune teller's claims the family she longs for and a tall, dark handsome man are coming her way. The gypsy produces a letter, to be read in a year's time, which will prove the predictions true.

Stella knows Daphne's fortune will be a self fulfilling prophesy. She's happy to encourage the part about Daffers working in an Italian Restaurant owned by the delicious Luigi. She's less keen on Daphne's attempts to manipulate both their lives to fit the promised fortunes. This starts with an attempt to pair up Stella and her boss

Yes, Luigi introduces her to truffles, names cocktails after her and serenades her on the river. And yes, he only uses 'would you like dessert?' as a rhetorical question, but she isn't going to fall in love just because some gypsy said so.

At least John, Daphne's incredibly annoying brother, is so unlike anyone's romantic hero image that Daphne's no longer trying to push him and Stella back together. So irritated is she, by her friend's determination to make their fortunes come true, Stella's even nice to John. Well nice-ish. That includes sharing her chocolate and dressing as a schoolgirl.

When Daphne suffers a horrible accident, Stella changes her mind about the gypsy's promise which included a threat to her friend's safety. The only way to save Daphne, as foretold, seems to be to make the whole thing come true. That means stopping herself falling in love with the wrong man. Difficult, but that's the only way they'll both be healthy, happy and best of friends at the end of 'A Year and a Day.'
TO VISIT PATSY'S AMAZON PAGE, CLICK ON THE BOOK LINK....