The website for more details on what Sheila does in La Palma is here... 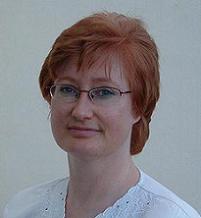 In 1990 she went to La Palma in the Canary Islands with a six-month contract to work at the astronomical observatory there. She met a tall, dark, handsome local in the Isaac Newton Telescope (under the stars in the heart-shaped island) and the six months somehow turned into twenty-three years so far. These days she's a mother, writer, photographer, tour guide specialising in astronomy, and translator, which means that she's too busy writing to clean the house, do laundry, or revamp her website at  http://sheilacrosby.com/.

You can read excepts from her books at http://dragontree.sheilacrosby.com/blog/. There's a science fiction anthology (The Dodo Dragon and Other Stories), a non-fiction guide to the astronomical observatory at the Roque de Los Muchachos (A Breathtaking Window on the Universe), and an anthology of children's stories inspired by La Palma's starry skies (The Seer's Stone). You can read more about the small rock at http://lapalma-island.com/. She's currently translating The Seer's Stone and the second edition of A Breathtaking Window on the Universe into Spanish. Since the fact checking is exhausting, her next book will be called "How To Lie on the Sofa and Eat Chocolate".

You will find Dodo the Dragon on Amazon.

Dodo the dragon is a collection of stories that will amaze and delight both children and adults. 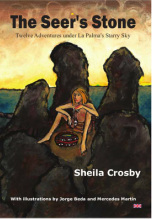 Take a journey through La Palma’s turbulent past, into its present and out into the exciting future. Chedey will tell you how his world collapsed when the Spanish conquered the Island in 1493, Althay will explain what happened when the volcano erupted, Daida shares her visit from an extraterrestrial and Leyre will take you out into space. As you travel you’ll learn what happens when: 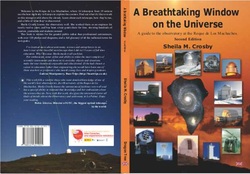 Welcome to the Roque de Los Muchachos, where 15 telescopes from 19 nations use the best night sky in Europe to explore the cosmos. Find out what it’s like to work in this strange world above the clouds. Learn about each telescope, how they’re run, and a little of what they’ve discovered.

Sheila Crosby knows the observatory well. She worked there as an engineer for nearly 12 years, and has been a tour guide there for three, showing hundreds of tourists, journalists and students around.

This book is written for the general public rather than professional astronomers, with over 120 photos and diagrams, and a full glossary of all the technical terms for non-geeks.